Microsoft Edge may be one of the newest entrants in the browser arena but has already garnered traction among the users. Moreover, it has been built from scratch, keeping in mind the performance, privacy, and security as one of the important criteria. With around 7% of market share and backing from Microsoft, Edge has gathered a great brand reputation. So, this has become quite crucial for the testing teams to test their web applications on the Edge browser. Additionally, testing on multiple browsers ensures compatibility and makes sure that the application performs flawlessly on different browser platforms. Like other browser vendors, Microsoft Edge also provides a driver named "EdgeDriver", which acts as an intermediatory between Selenium and the Edge browser and helps in executing the Selenium test cases on the Edge browser.

Subsequently, in this article, we will cover the details of how we can Run Selenium test on Edge browser using EdgeDriver by covering the details on the following topics:

Microsoft offers Microsoft WebDriver to execute the Selenium WebDriver automation tests on the Edge browser. Additionally, the driver allows the selenium tests to communicate with the Edge browser for executing Selenium tests. Moreover, the Edge driver comes with different versions depending upon your browser version or whether your system is x86 or x64. Any version can be downloaded based on the browser version that you want to use. 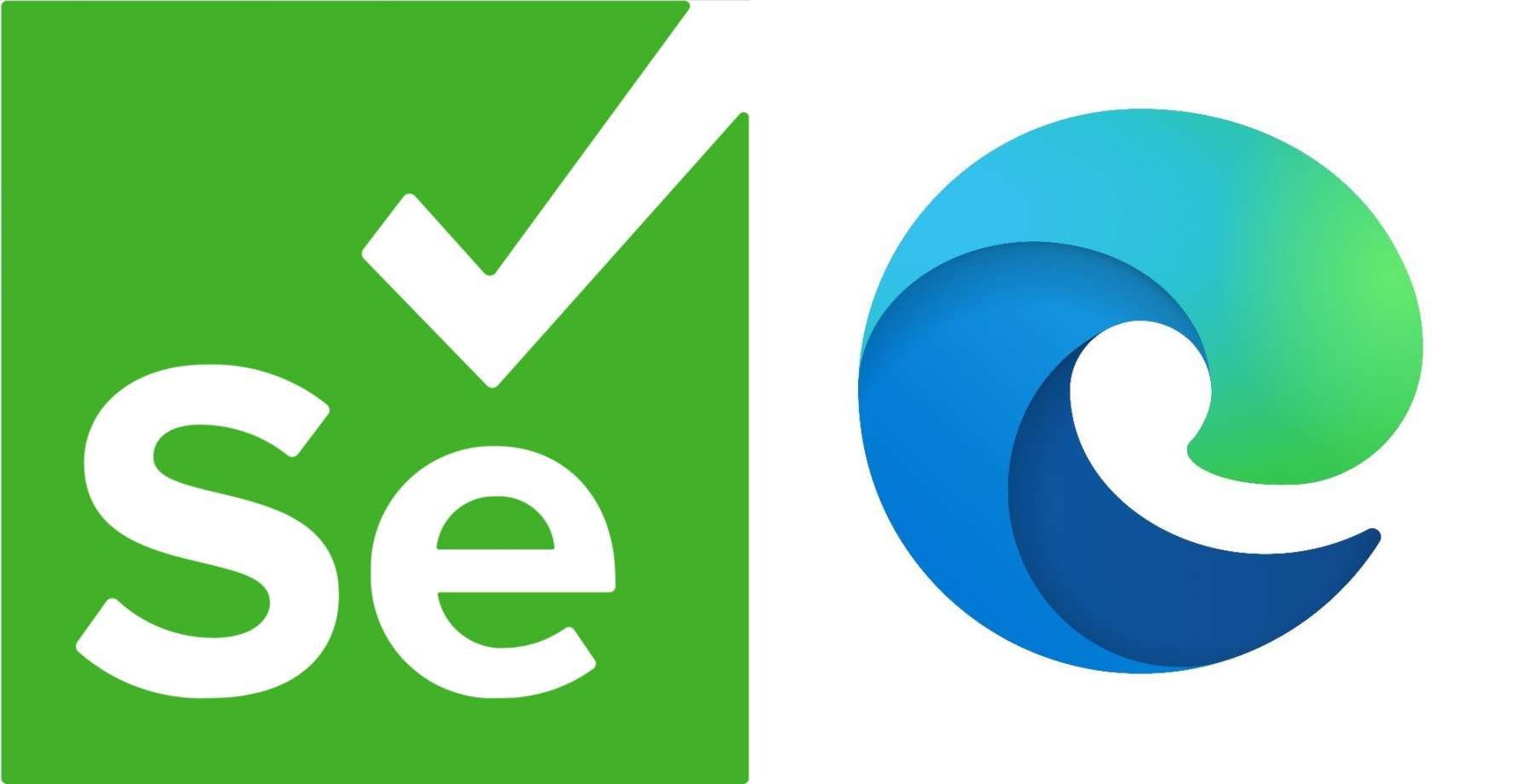 Further, Microsoft, in January 2020, announced an all-new version of the Edge browser. The new version has been build on top of the Chromium engine, similar to Google Chrome. Moreover, the previous version of the Microsoft Edge browser was based on the EdgeHTML engine. Subsequently, to understand the difference between these two browser engines, you can refer to the link "Difference between browser enginers. " To distinguish between both versions of the Edge browser, Microsoft calls the Chromium version simply as "Edge" and the older version as "Edge Legacy".

So, while downloading, make sure that you download the correct driver for Edge or Edge Legacy based on your current browser version.

What are the pre-requisites for Selenium EdgeDriver?

How to install EdgeDriver on Windows?

Once we are done with all the prerequisites downloads and setups, we are ready to move ahead. The next step will be to install the EdgeDriver on the Windows platform. Consequently, let's start with downloading the EdgeDriver compatible with the Edge browser on your machine. 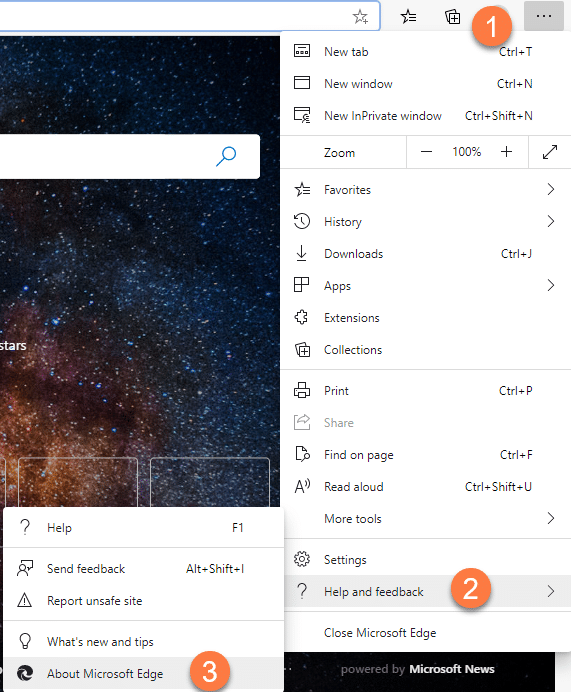 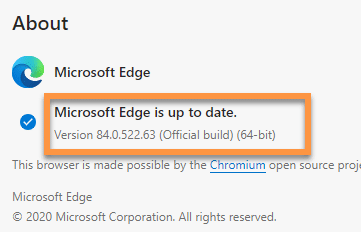 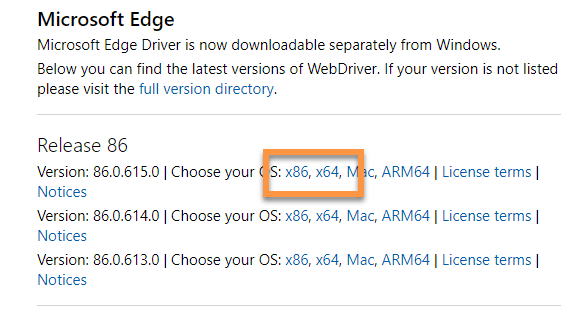 Now that we have downloaded the EdgeDriver let's see how we can configure the same, so as the same can be used in the Selenium test scripts.

How to setup EdgeDriver on Windows?

To set up and configure EdgeDriver with the Selenium, the EdgeDriver executable file should be accessible in the test script. Selenium tests can access the EdgeDriver if it is set up by any of the following ways:

Let’s comprehend all of these and try running our test code with Selenium 3 or Selenium 4.

How to setup EdgeDriver using System Properties in Environment Variables? 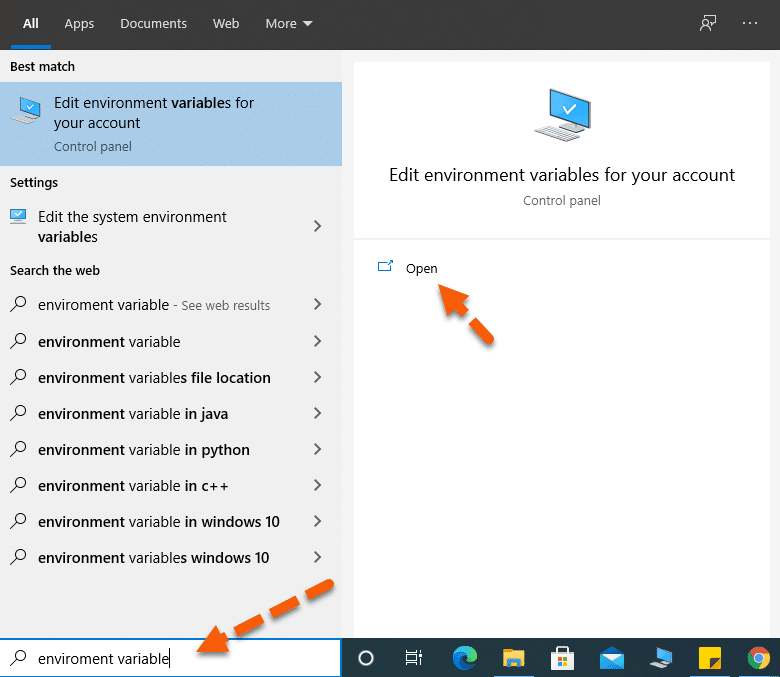 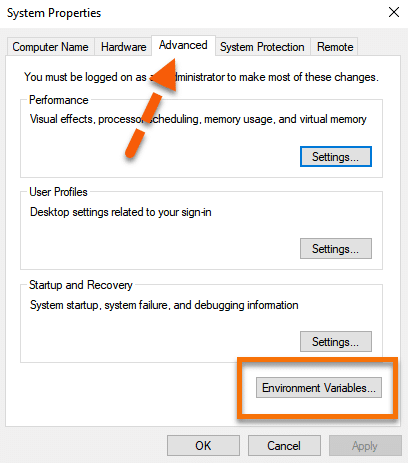 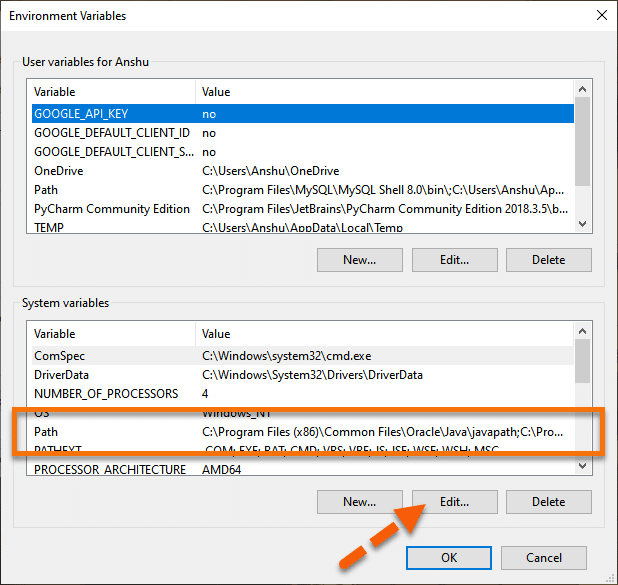 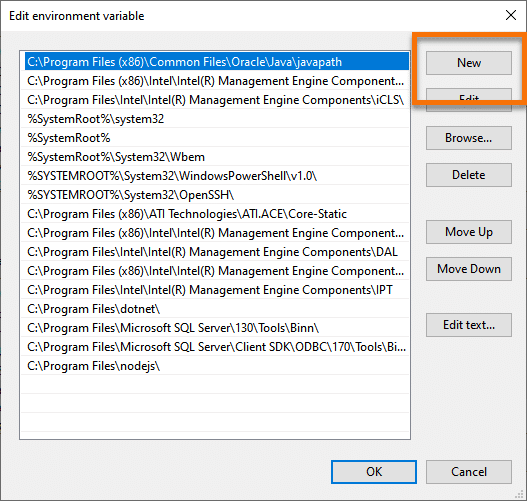 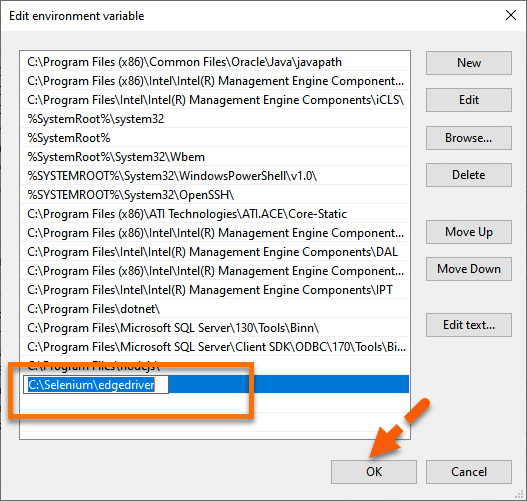 How to Run Selenium Tests on Edge Browser using EdgeDriver on Windows?

We can now directly initialize the WebDriver instance using the EdgeDriver, as shown below:

On executing the above code, you will see the results like below:

It is clear from the console results, there is no WebDriver error, which implies that the WebDriver set up is correct. You can see the print statements as the entry and exit points of our execution. Correspondingly you will be able to see the execution in your system.

How to initialize EdgeDriver using System Properties in the Selenium test script?

Now, instead of using the global instance of EdgeDriver, if we want to use a specific version of EdgeDriver, we can do the same by explicitly specifying the path of the EdgeDriver in the test script itself. We just need to add a single line of code to set up the system properties for the EdgeDriver, as shown below:

Let us modify the code we used above and see that we can launch the Edge browser successfully. The modified code would look like this:

You will see that demoqa.com  opens in the Edge browser without any error and exception.

So, this way, you can run your Selenium test cases on a specified version of EdgeDriver, by giving the explicit path of the EdgeDriver in the setProperty() method.

How to install EdgeDriver on macOS?

On macOS, we can download EdgeDriver from the official Mircosoft Edge website. Consequently, depending on the version of the "Edge browser", click on the corresponding EdgeDriver for mac, as highlighted below:

As we do have the Edge browser version 85 on our machine, so we are downloading the corresponding compatible version of the EdgeDriver.

It will download a zip file, which you can extract in any of the folders of your choice. After extracting, it will show the executable file of EdgeBrowser, as shown below:

So, now you have the EdgeDriver executable file available on your machine, which we can use in our test scripts. Subsequently, let’s see how to setup EdgeDriver on macOS and use in the Selenium test scripts:

How To Set Up EdgeDriver on macOS?

Now that you have downloaded the EdgeDriver, the next step is to set it up so that you can use it in your test scripts. On macOS  also, we can follow the same ways, as on Windows, to set up the EdgeDriver:

The 2nd point is the same setup as the Windows platform, as we are using JAVA for test development, and JAVA being platform-independent, will have the same behavior across platforms. So, let’s see how we can set up the EdgeDriver using the System’s PATH variable:

How to Setup EdgeDriver using the System’s PATH variable?

As we mentioned above, one of the easiest ways to make the executable available globally on the macOS is to copy the executable under any the folders which are already in the PATH variable. Let’s follow the steps mentioned below to achieve the same:

How to Run Selenium Tests on Edge Browser using EdgeDriver on Mac?

Now your EdgeDriver is ready to be used in your Selenium test scripts. Consequently, now we will write a simple program and execute the same in the macOS platform.

On executing the same, you can find the results in your console window:

You can see the execution happening successfully without any error. Both the print statements are getting displayed, which indicates that our execution did not face any error. So did you see how easy it was to run EdgeDriver tests in macOS? Unlike the Windows system, where you have to remember the path of your driver executable, just placing the driver at a location in macOS makes our lives so easy!