Are you having difficulty in maintaining the huge sets of test cases for your application? Is the test data scattered across various test scripts? Do you have to maintain separate test scripts for every test environment and then search across all scripts if one value changes in the test data? It is time-taking and hell of an effort, isn't it? We all wish the test cases are consistent and written in a uniform manner, following a set of rules like we have traffic rules and everyone tries to follow the same when on road. This is where data driven framework comes into play.

You can also make your test cases adhere to a uniform pattern and style, frame guidelines for your peers working on the application, to write the scripts based on the framed rules. In test automation, we can achieve all this using the Data Driven Framework. Let's understand how we can create a Data Driven Testing Framework for automating a web application using Selenium WebDriver, by covering the details in the following topics:

What is an Automation Framework?

An automation testing framework is a set of guidelines or rules used for creating and designing test cases. The guidelines include coding standards, object repositories, test-data handling methods, processes to store test results, or any other information on how to access external resources.

A tester can always write tests without a framework, it is not a mandatory step but using an organized framework provides additional benefits like increased code re-usage, higher portability, reduced script maintenance cost, and higher code readability. It also helps the team to write down the test script in a standard format. Using an automation testing framework, efficient design and development of automated test scripts enable and it ensures reliable analysis of issues or bugs for the system or application under test. The below section lists a few of the important benefits which justifies the need for an automation testing framework:

Why do we need an Automation testing framework?

It is important to use a framework for automated testing as it improves the automation testing team’s efficiency and test development speed. Some of the benefits of using the automation framework are as below:

What are the different types of automation frameworks in Selenium?

When testing an application using Selenium WebDriver, there are three main types of frameworks that we can use to create automated tests for any web application: 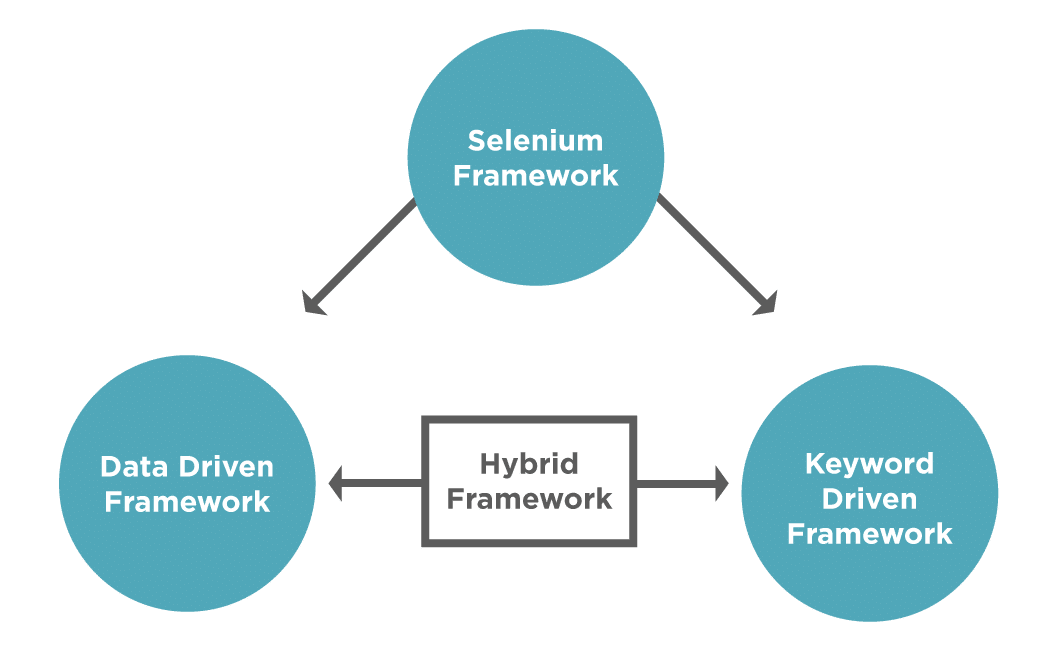 Each of these frameworks has its own architecture and different benefits and disadvantages. When building out a test plan, it’s important to choose the framework that is right for you.

Here, in this article, Let us take a deep dive into the Data Driven Test Framework.

What is Data Driven Framework?

Generally, when we test an application manually, we run the same scenario for multiple test data. Additionally, we keep the same test data in some files like Excel Files, Text Files, CSV Files, or any database. The same is true for automation also, where we would like to run the same test scenario for multiple test data. Let's say you have written an automation script to fill the student registration form on the ToolsQA Demo site. There can be many students for registration, the only thing that is differentiating in the code is input values (Name, Address, Phone, Gender, etc..). Will you write a separate script for every student to register? Is there a way, we can reuse the code and only change the student data?

Yes, this is where the Data Driven Framework comes into play and makes the test scripts work properly for different sets of test data. It saves time to write additional code. It's like write once and run many times mechanism as you can run the same Selenium script multiple times.

In simple words, we use the Data Driven Framework when we have to execute the same script with multiple sets of test data, whose storage is at a different place and not present inside the test script. Any changes done to the data will not impact the code of the test. 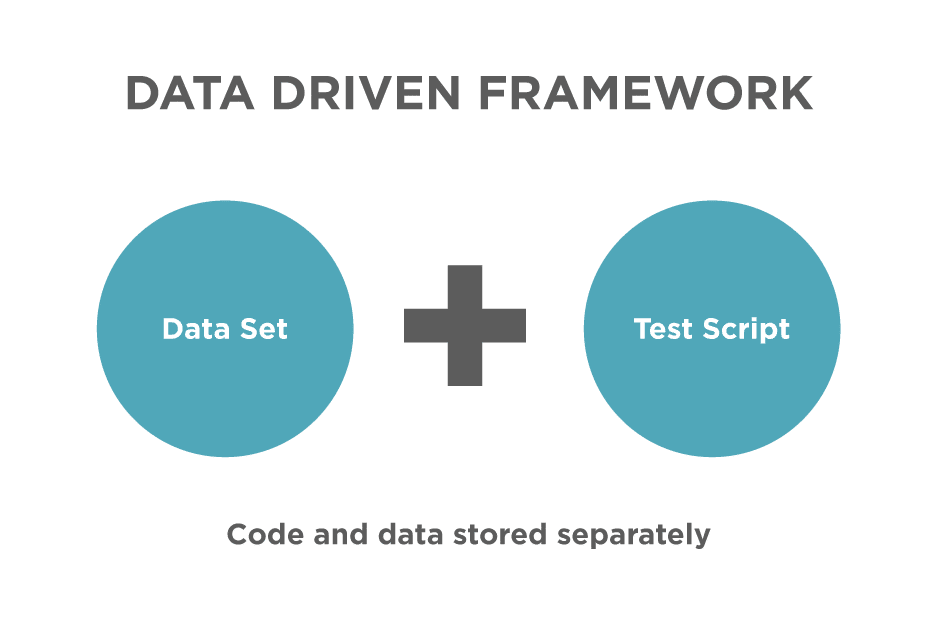 What are the benefits of using the Data Driven Testing Framework?

Following are a few of the major benefits which a QA can reap when he/she develops the automation framework using the Data-Driven technique:

One of the most commonly used, data sources for the test is Microsoft Excel Sheets. We can maintain the data in excel sheets and use them in the test script. Let's see how we can create a Data Driven UI automation framework by reading the test data from Excel files.

How to create a Data Driven Framework in Selenium using Apache POI?

We have learned in the previous article "Read & Write Data from Excel in Selenium" how to read and write data in Excel files using Apache POI and then pass the same data sets as test data to the Selenium tests. But in that script, all the actions of reading data from an Excel file, writing data to the Excel file, passing the data to the Selenium actions were happening in the main method of the class. That format is acceptable if we are just writing one or two test cases. However, when we have to develop an automation framework that will have multiple test scenarios, then it should properly organize and should have a defined folder hierarchy.

A basic thumb rule for the data driven testing framework would be to segregate the test data from the test scripts. Also, the actions to read/write the data from files should segregate and be available as utilities.

Follow the steps as mentioned below to create a basic Data Driven framework, which will be used to automate the "Student Registration Form". 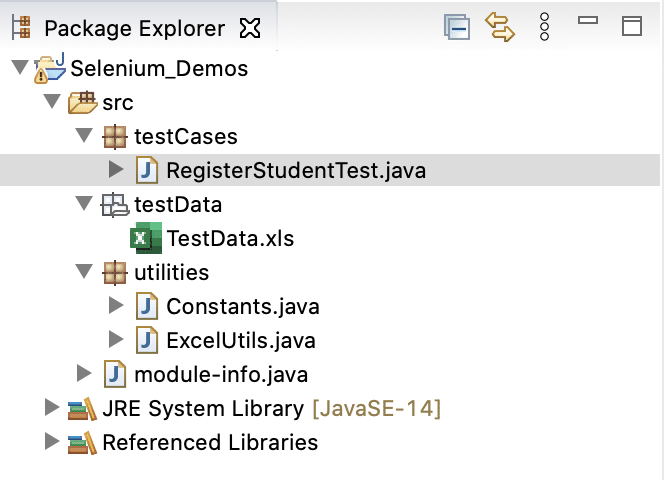 After performing the above steps, the folder structure will look like:

Let's understand the details of each of these classes:

We will create an object of ExcelUtils class in this test file and also use Constants to refer to the path of the file.

The above class will perform the actions on the student registration page. However, if you notice, methods of the ExcelUtils handle all the excel related code.

So, this is one of the ways you can use the data driven framework in Selenium. Additionally, you can utilize the advantage of running the same test across multiple sets of data.