Committing in Git is the last stage of the three stages we discussed in Introduction to Git. Before committing, we have a staging area where we add the changes. So in this tutorial, we will create a file and try to commit some changes to it. For this, we need to know few things beforehand.

In this tutorial, we will be focusing on

How to Create a file using Git Bash

For creating a file through Git Bash you have to first create a repository and navigate to this directory as the present working directory. I hope we are working in the First Project directory that we created in the tutorial about the Git repositories. After you are in the correct repository. Type the following command

You can see the directory to see that the file has been created successfully (or execute the ls command to verify, refer). For writing something in your file, type the following command in Git Bash

Press enter  and the message would be written inside the file.

How to add the file to the staging area

For committing the changes, first of all, we must be inside the staging area. Let's see what happens when we commit directly and have not added the file to the staging area beforehand. Type the following command

Now our file is in the staging area. We can now proceed to commit the changes.

How to commit a file in Git?

Although commit is a huge process and all of them cannot be discussed in the same tutorial. We will slowly progress in the coming tutorial. Committing the changes is a simple command in Git. Just type the following command.

git commit -m "This is my first commit"

As you can see the changes have been committed with the commit message "This is my first commit".

1 file changed is the file we just added to the staging area. Now it is important to discuss the message part in Git that we wrote above.

Press Enter. Your text editor will open up.

You can enter your commit message here.

Committing in Git without a message

In the previous section, we looked that we committed with the message "This is my first commit" and the changes were committed successfully. Also, we looked at how to commit in notepad with the commit message. But, in those sections, we tried to commit when there were actually some changes to commit. What if there aren't any? For that first commit all the changes in Git with the proper commit command and message. Once that is done, type the following command

Why we need to have commit messages?

Git does not recommend to commit without any message. Git commit messages are necessary to look back and see the changes made during a particular commit. If everyone will just commit without any message, no one would ever know what changes a developer has done. Moreover, you won't be able to track down these changes once you see the history. So, Git does not recommend this.

What happened in the first scenario was that there was something to commit and committing it with just "git commit" is not allowed in Git.

But in the second scenario, we were actually not committing anything and git knows that since you are trying to commit and you did not have anything to commit, it will just display the message that there is nothing to commit. So actually you are not committing anything in the second scenario, therefore the git commit is executing successfully. The same goes for when you have nothing in the staging area but have made the changes which are called untracked files as discussed above.

3.Add the file to the staging area 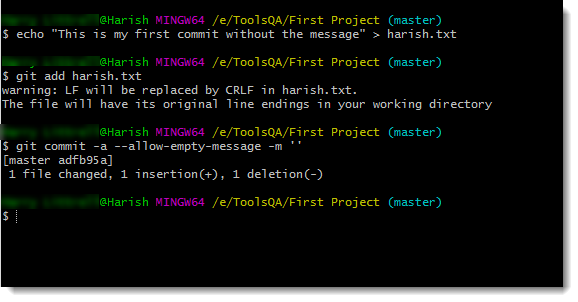 This way we can commit the changes in Git without any commit message. It is not recommended though. We will move on to the next tutorial, keep practicing the changes and commit in Git. 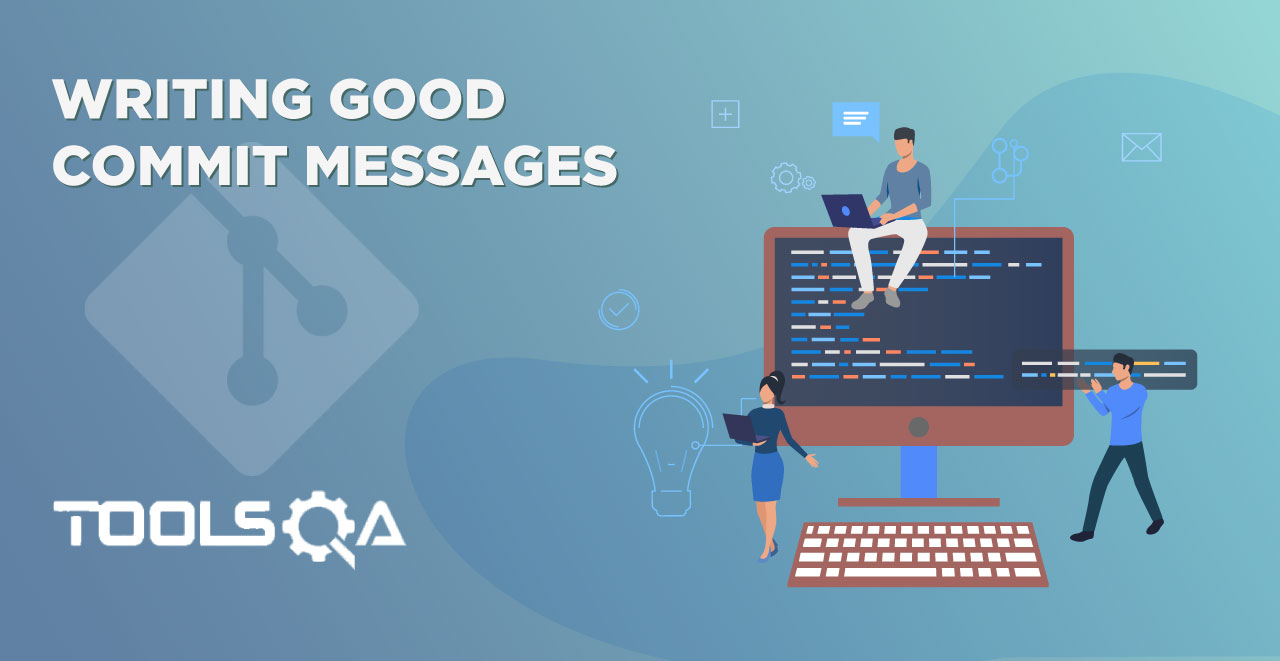