What is Distributed Version Control Systems

Local VCS, as the name suggests are Version Control Systems that track the changes to a file on a Local System. Usually, Local VCS would store the changes to a file in a Local Database. VCS, in general, have got advance these days. Instead of storing the new versions of the complete file, VCS now store only the difference between two versions. This saves memory cost. 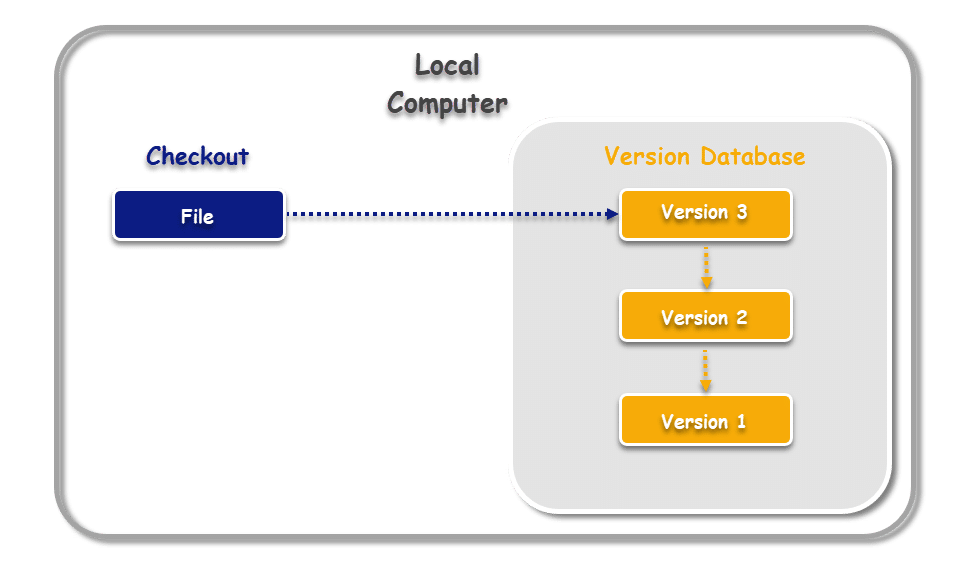 As shown in the image above, the local database stores Version 1, Version 2, and so on. These versions are groups of related files that have undergone changes since their last edit.

Note: Local VCS had a major drawback of being useful to only a single developer at a time. Thus, several developers working on different systems in a project could not collaborate effectively by using local VCS. 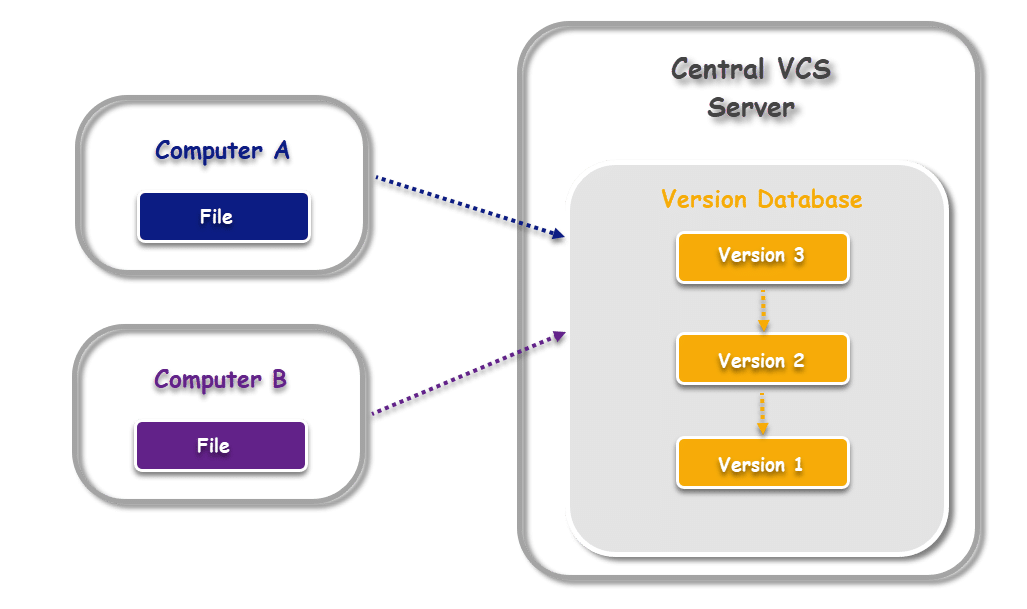 As seen in the image above, the version database housed in a central server stores different versions of files from multiple machines like Computer A and Computer B. Any local machine can check out any version of these files from the central server.

Note: Though central VCS helped developers and teams collaborate, there's a risk of an outage of the central server. Teams would neither be able to collaborate nor record changes of whatever they're working on due to such outages. Such servers are also prone to hacking. In such a case, it'd be pain-staking for teams to recover their work. Therefore it's not advisable to store all changes to code in a single place. 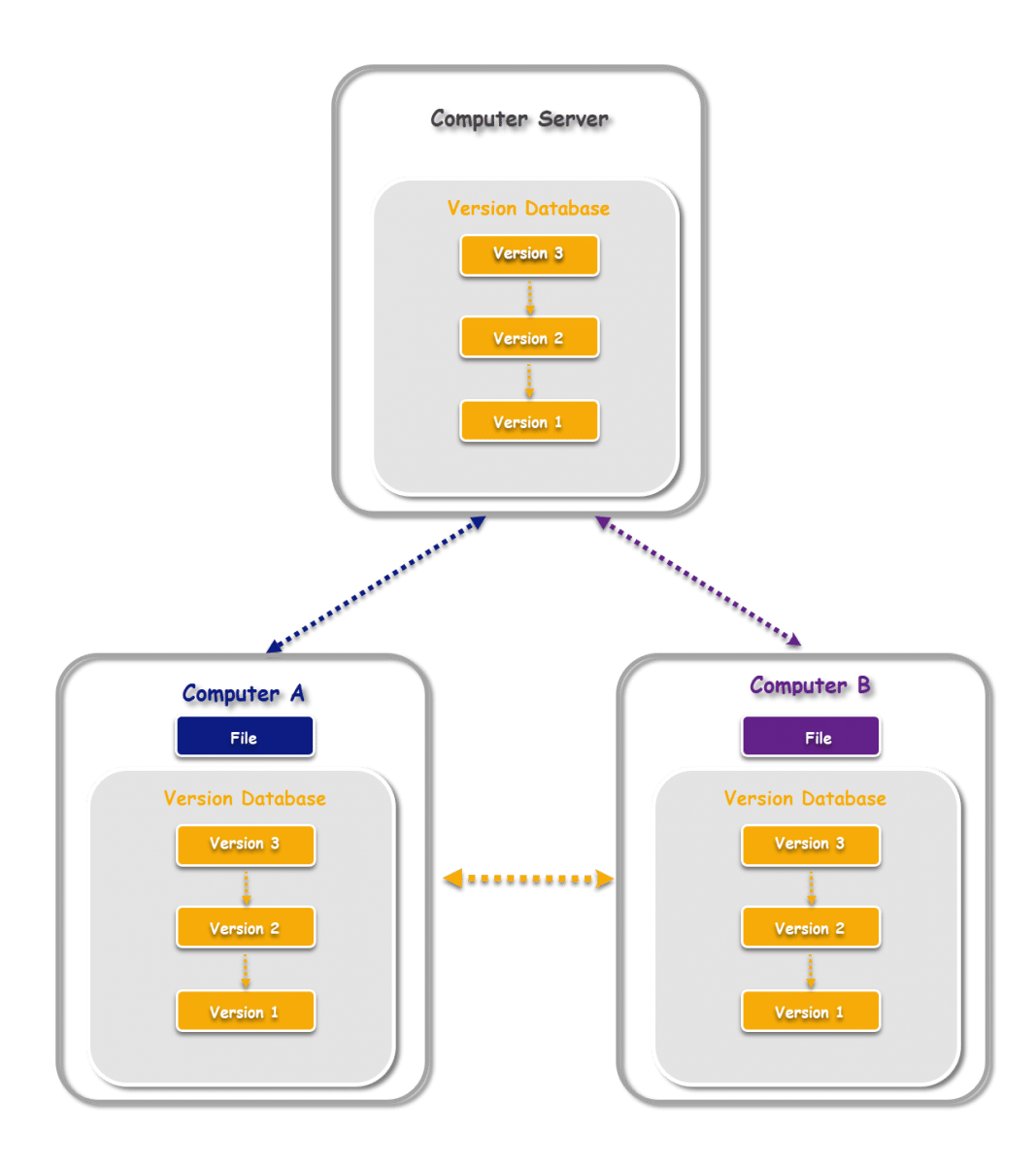 Note that the central server has the version database containing versions of files. Local machines mirror the same version database. This approach of storing the entire repository in every local machine might seem uneconomical at first. But the teams benefit immensely by using a repository cloned in one of the local machines to restore the repository to its original state in event of a crash. It's also important to note that Distributed VCS doesn't store exact progressive versions of the files. Instead, it stores just the patch-sets for tracking versions which decreases the volume of history stored on each local machine. Also, developers can record changes in their local machine while working offline. And then upload the new history of versions to the central server for others to view and use after connecting to the network.

Git, which we’ll be learning in this series is a Distributed Version Control system. Head over to the next tutorial to understand what is Git and Github. 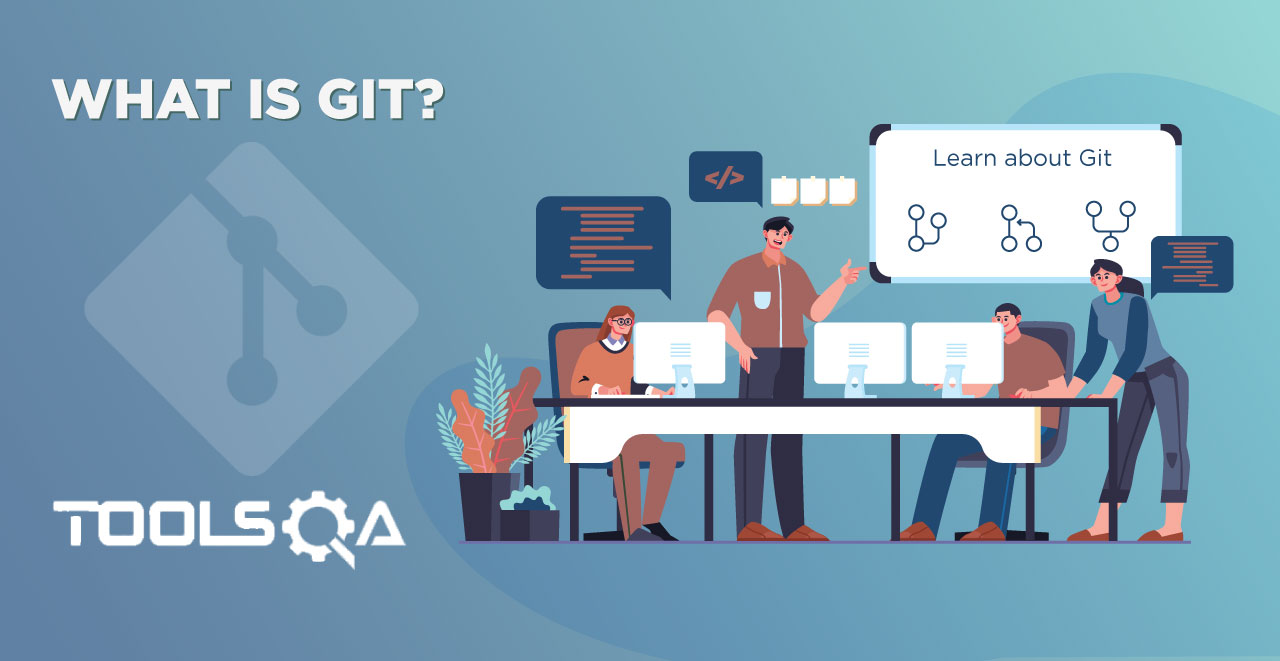 What is GIT?
Next Article