We know an excellent deal about print function now. With this knowledge, let's try to print "ToolsQA" - Sounds simple? We know we can print anything using a print function with a double-quote inside. So what if we need to print something which already has a double quote? Can we use multiple double quotes in this case? Something like print (" "ToolsQA" ")? No, it doesn't work, unfortunately. This is where escape sequences in Python come for our rescue.

Additionally, we will also get to know some other fantastic stuff. Here is what we will cover in this tutorial

What is an Escape Character?

The programmers refer to the "backslash (\)" character as an escape character. In other words, it has a special meaning when we use it inside the strings. As the name suggests, the escape character escapes the characters in a string for a brief moment to introduce unique inclusion. That is to say; backlash signifies that the next character after it has a different meaning. It could be printing double quotes or indicating a new line. Let's see what escape sequences are and how to use them in Escape Sequences in Python.

Consequently, it confuses the interpreter. In other words, the interpreter accepts only one pair of quotes of a similar type. But, in our example, we have a double pair of the same kinds of quotes.

That's the reason why we get an error. Consequently, run the same example and see the output.

How to resolve our problem? We can do it in several ways. As we are talking about the escape character, let's see how to use it to get rid off the error. Put a backslash before the quote that you wish to have in your text.  Let's run the code below.

As you see, we didn't get any errors. What happening actually? The escape character gives a new behavior to the character, i.e., a double quote (") next to it. In other words, we have used the double quote and backslash in combination (\"). That combination is one of the escape sequences in Python. This escape sequence tells Python that it needs to remove the backslash and put the quote in the string.

\' is used in the same context as we did for the ". That is to say; it prints the single-quotes. Let's try one example using the single-quotes. Print the text Hi, I'm from ToolsQA using single quotes as closing quotes. Moreover, if we try it as a usual print statement without any escape character, then we will get the error. Let's see the error.

I think you would have figured out the solution. If not, then see the code below.

Like with double quotes, we didn't get any error here as well.

We know how to print double quotes and single quotes but what if we need to print the backslash () itself? From what we have learned so far, we will probably write the below code. Therefore, let's try to run it.

Consequently, we got an error.  To print a backslash to the console, we have to use the double backslashes (\\). Let's try it.

Can you guess the output? I think most of you already guessed it.

It gives a tab space in the output. Let say we have a text "I am from\tToolsQA", then the output will contain a tab space between the words from and ToolsQA. Additionally, let's see the example in IDE. 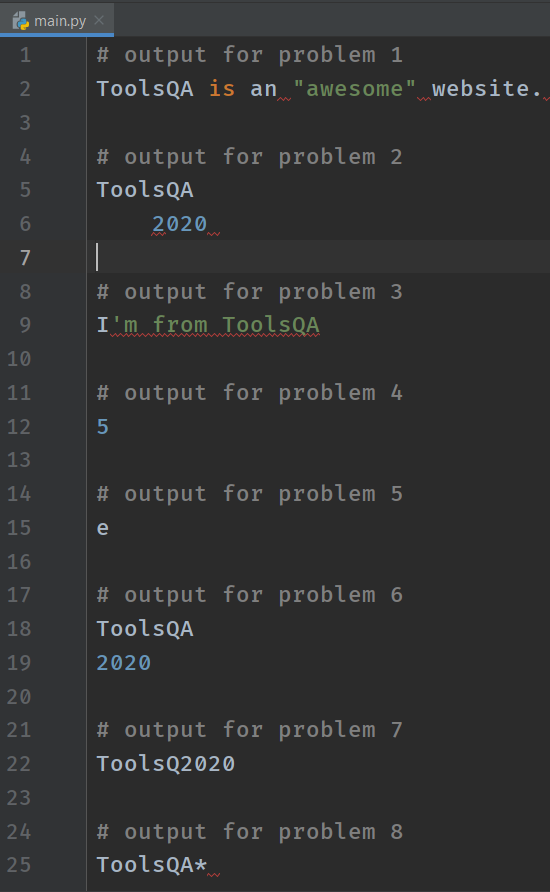 To conclude, we have learned about the escape character and sequences in the tutorial. And it's not the end. We can use them in different use cases as well. Subsequently, we will see them in the upcoming tutorials. 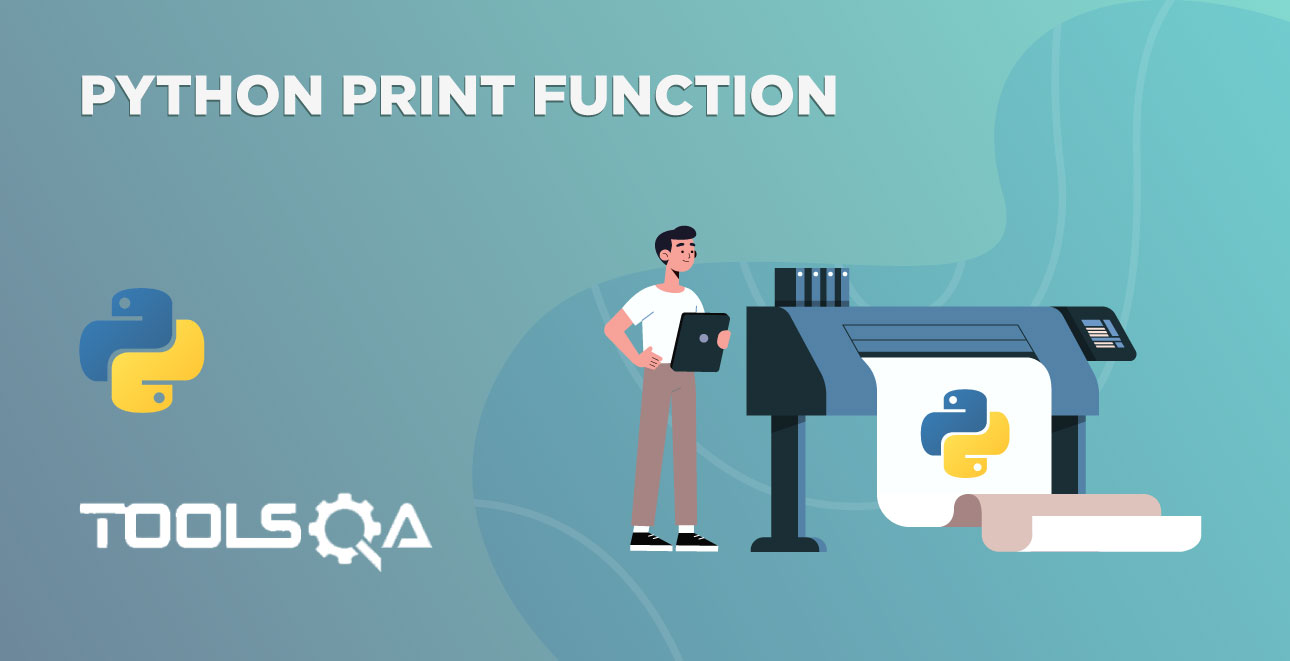 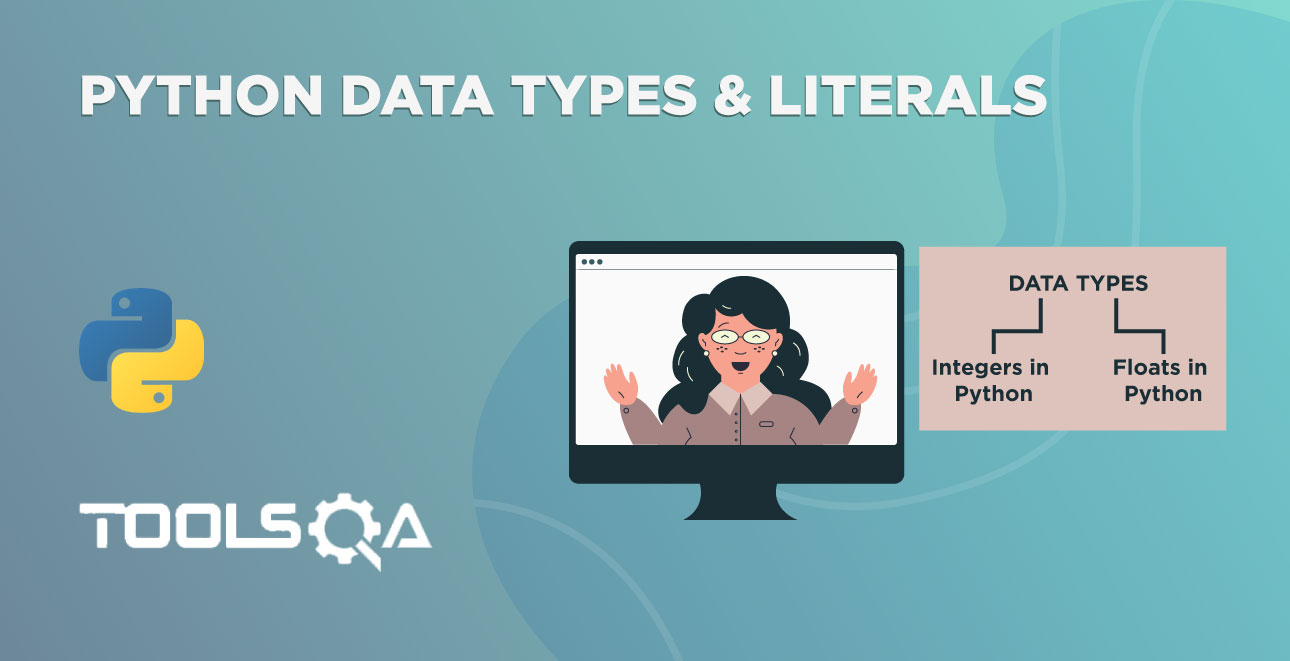