Issues with a single-stage build scenario in Docker

If you notice the above Dockerfile, we have compressed two RUN command using '&&' (Bash operator). It helps us prevent creating an additional layer in the image. Therefore, keeping the image size smaller. But this design is failure-prone and challenging to maintain, especially when the number of RUN commands increases. We may also forget to include the "\" operator, in which case each image will take up space on the local machine.

The remedy to this situation is by using multi-stage builds, which we are going to discuss next.

What are multi-stage builds in Docker?

Multi-stage builds in Docker are the ones in which we use multiple "FROM" statements in the Dockerfile. Each FROM instruction in the Dockerfile uses a different base and begins a new stage of the build. In multi-stage builds, we can selectively copy artifacts from one stage to another, thus skipping everything that we do not need in the final image. Let us consider the following Dockerfile.

The above file is an example of a multi-stage build. We can see here we have two FROM statements/instructions that execute two containers, "golang" and "alpine". Thus we only need a single Dockerfile and just run "docker build".

Here we need not create any intermediate images and also extract any artifacts to the local machine. The result is a tiny production image with a significant reduction in complexity. 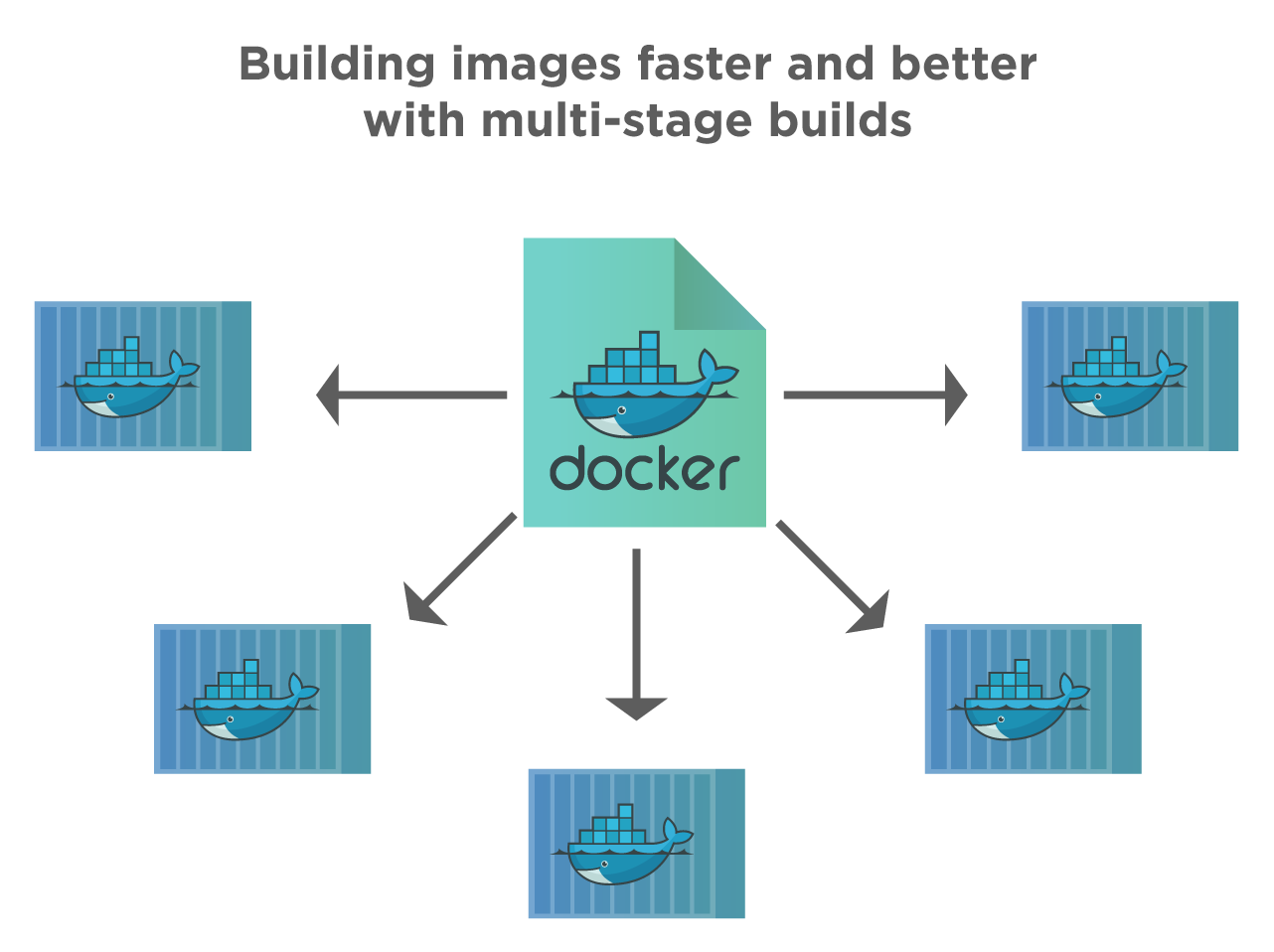 So how does the above Dockerfile work?

In the above Dockerfile, the second "FROM" instruction starts a new build stage with "alpine: latest" as its base. The statement "COPY --from=0" will copy the built artifact from the earlier stage into the new stage. Note that we have not included Go SDK or any other intermediate artifacts in the final image.

How to name build stages?

The stages are not named in multi-stage builds by default. We usually refer to them by their integer number starting with 0(zero) for the first 'FROM' instruction and so on. However, we can name each stage by adding "AS<NAME>" to the FROM instruction. Then we can use this stage name in the COPY instruction. This way, COPY doesn't break even if we decide to reorder the instructions in the Dockerfile at a later point.

As an example, in the following code, we name this stage as "golang_builder".

So as shown in the above example, we can conveniently name various stages in multi-stage builds and later use these stage names instead of stage numbers.

How do we stop a specific build stage?

When a Dockerfile has so many stages or statements, we may not necessarily have to build an entire Dockerfile with all stages. We can also specify the target build stage and stop other stages. It is as shown in the following command.

Here, the above command uses the previous Dockerfile we have shown and stops at the stage named golang_builder.  So here are a few scenarios where this stop build might be very powerful :

Using an external image as a “stage.”

We are not limited to just copying from stages created earlier in the Dockerfile when it comes to multi-stage builds. We can also copy from a separate image, either a local image or tag available locally or global docker registry or using a tag ID. We achieve it using the instruction "COPY --from". The Docker client then pulls the image if required and copies the artifact from there. For example, consider the following command:

In the above command, we are copying an image from an external source. /etc/nginx/nginx.conf.

How to use a previous stage as a new stage in multi-stage Docker builds?

In the above Dockerfile, we have a builder stage which is the first stage. In subsequent FROM directives, we pick up from this stage to go further with COPY and RUN.

What are the benefits of multi-stage builds in Docker?

Some of the benefits of having multi-stage builds in Docker are as follows:

When not to use Multi-stage builds?

So we should try out multi-stage builds considering the number of containers we are using, the complexity of Dockerfile, etc.